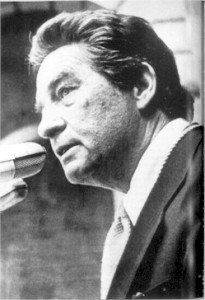 Born in 1914, Octavio Paz started to write poetry while still very young. His book of essays, El laberinto de la soledad (The Labyrinth of Solitude) was an instant success that won him international acclaim in 1945. The book, which went through many editions in a short amount of time, was translated into several languages and established his international reputation (WLT, Vol. 73.1).

His body of work now spans more than 50 years of the 20th century, and has won him several awards, including the Miguel de Cervantes Prize (1981) and the 1990 Nobel Prize in Literature.