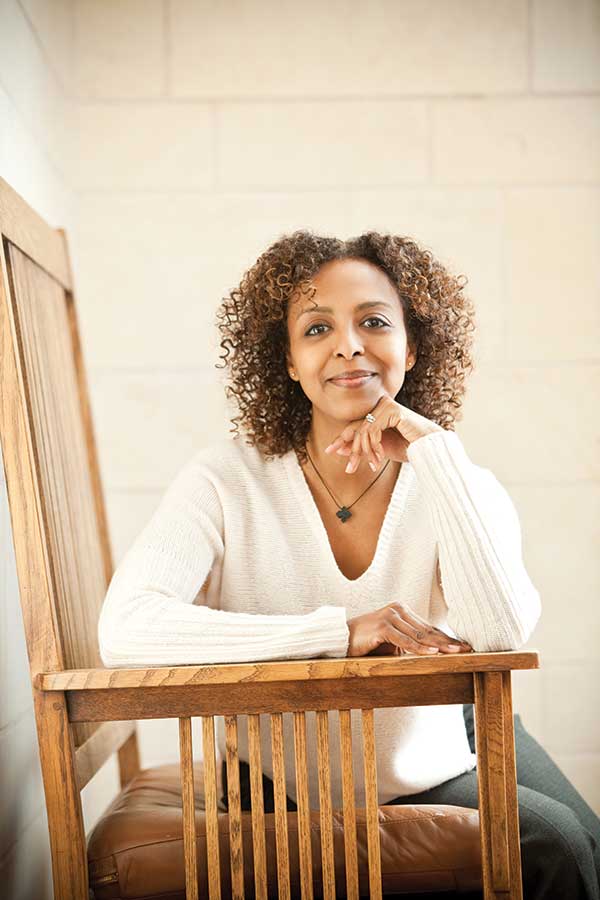 Maaza Mengiste‘s critically acclaimed novel Beneath the Lion’s Gaze (2010) was noted by the New York Times as “an important novel, rich in compassion for its anguished characters.”

Mengiste was born in Addis Ababa, Ethiopia, and graduated with an MFA in creative writing from New York University. Her work has appeared in the New York Times, BBC Radio 4, The Granta Anthology of the African Short Story, Granta magazine, and Lettre International, to name a few. She is a Fulbright Scholar who has also received fellowships from the Emily Harvey Foundation, the Virginia Center for the Creative Arts, the Prague Summer Program, and Yaddo. She teaches at NYU and lives in New York City.

Mengiste’s debut novel, Beneath the Lion’s Gaze, is the epic tale of a father and two sons, of betrayals and loyalties, of a family unraveling in the wake of Ethiopia’s 1974 revolution. It has been translated into several languages and appeared on a number of “Best of 2010” lists, including Publishers Weekly, the Christian Science Monitor, and Barnes & Noble. She was a runner-up for the 2011 Dayton Literary Peace Prize as well as a finalist for a Flaherty-Dunnan First Novel Prize, an NAACP Image Award, and an Indies Choice Book of the Year Award in Adult Debut. Beneath the Lion’s Gaze also was named one of the 10 best contemporary African books by The Guardian.

Mengiste is also one of ten contributing writers to the 10×10 film, Girl Rising, which “uses the power of storytelling and the leverage of strategic partnerships to deliver the message that educating girls in developing nations will change the world” (http://10x10act.org). In the film, which had its Oklahoma premiere at the 2013 Puterbaugh Festival, she told the story of Azmera, a thirteen-year-old Ethiopian girl who refuses an early marriage.

The manuscript of Mengiste’s second novel, The Shadow King, is set during the early days of World War II. Told from both sides of the battle line, it is a story about Fascist Italy’s invasion and occupation of Ethiopia and the army of Ethiopian men and women who confront them. She has also written about the current Ethiopian diaspora in Israel, Italy, and elsewhere (see her recent Granta essay on filmmaker Dagmawi Yimer’s extraordinary story).