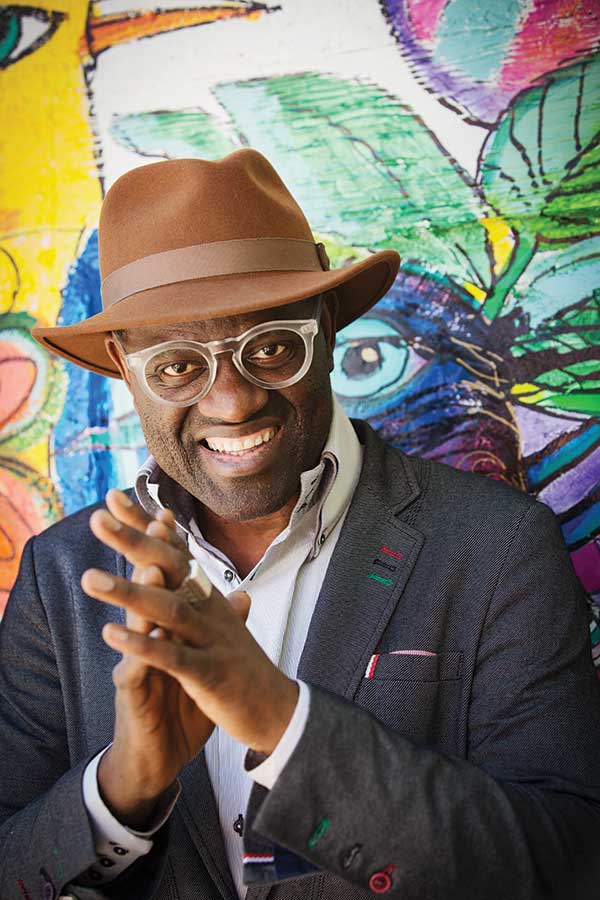 Alain Mabanckou (b. 1966) is a prolific francophone poet and novelist who has been called “the African Samuel Beckett” and “a novelist of exuberant originality” for his wordplay, philosophical bent, and sometimes sly and often absurd sense of humor. A French citizen born in the Republic of the Congo, Mabanckou currently lives in LA, where he teaches literature at UCLA. The author of six volumes of poetry and six novels, he is the winner of the Grand Prix de la Littérature 2012 and has received the Sub-Saharan African Literature Prize and the Prix Renaudot. In 2015 Mabanckou was a finalist for the Man Booker International Prize. His books in English include African Psycho, Broken Glass, Black Bazaar, Tomorrow I Will Be Twenty, Letter to Jimmy, and The Lights of Pointe-Noire.