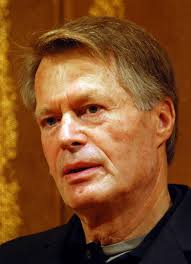 J.M.G. Le Clézio (b. 1940) is an “author of new departures, poetic adventure and sensual ecstasy, explorer of a humanity beyond and below the reigning civilization is a French-Mauritian author of over forty works,” according to the Swedish Academy. Clézio is a French-Mauritian writer and professor. He was awarded the 1963  as well as the 2008 Nobel Prize in Literature for his life’s work.

Le Clézio earned the Prix Renaudot for his novel Le Procès-Verbal at age 23 and was shortlisted for the Prix Goncourt. He has published many works, including novels, essays, short stories, and children’s books. He was the first winner for the Grand Prix Paul Morand for his novel Désert.