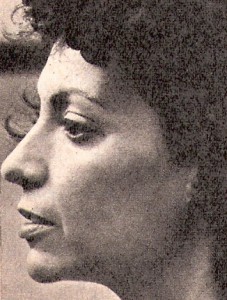 Luisa Valenzuela (b. Buenos Aires 1928) has gained international renown for her award-winning novels and short stories. She is known for a unique, experimental writing style that questions hierarchal social structures, and for her critique of the 1970s dictatorship in Argentina.

Valenzuela’s father was a physician, and her mother was a writer. Valenzuela was writing for newspapers by age 17. In 1969, she received the Fulbright Scholarship. Valenzuela attended the University of Iowa where she wrote El gate eficaz (The Efficient Cat).

Luisa Valenzuela was a Resident Writer at the Center for Interamerican Relations at NYU and Columbia University. In 1983 she was awarded the Guggenheim Scholarship. Many of her novels and short stories have been translated into English.