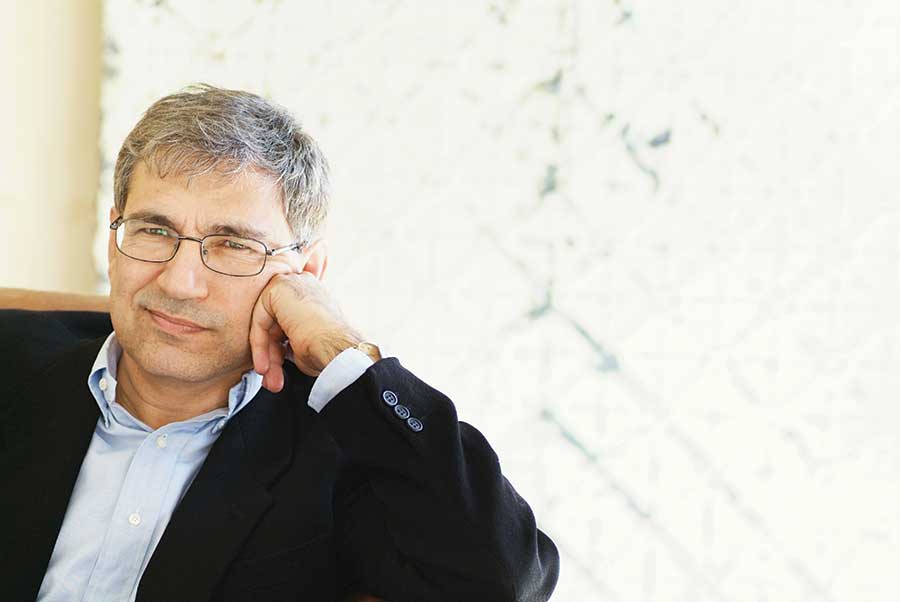 Orhan Pamuk‘s novel Snow is “not only an engrossing feat of tale-spinning but essential reading for our times,” according to Margaret Atwood. Pamuk (b. 1952 Istanbul) is a Turkish novelist, screenwriter, and academic. Pamuk won the Nobel Prize in Literature in 2006, and won the prestigious German Peace Prize in 2005. He has sold over eleven million books in sixty languages. Some of his writings include a book of essays (Other Colors) and a memoir (Istanbul). His works have been translated into forty languages.

In a 2005 interview,  Pamuk made a statement about the Armenian Genocide and mass killing of Kurds in the Ottoman Empire, “Thirty thousand Kurds have been killed here, and a million Armenians. And almost nobody dares to mention that. So I do,” for which he was criminally charged. On 29 December 2005, Turkish state prosecutors dropped the charge that Pamuk insulted Turkey’s armed forces. The charges against Pamuk caused an international outcry and led to questions in some circles about Turkey’s proposed entry into the European Union.

His many prizes include the International IMPAC Dublin Literary Award, France’s Prix du Meilleur Livre Étranger, and Italy’s Grinzane Cavour Prize. Pamuk has also been nominated twice for World Literature Today’s Neustadt International Prize for Literature (1992, 2004). His novel Snow received France’s Prix Médicis (2005) and was named one of the New York Times Book Review’s “Best Books of the Year” in 2004. His most recent release, Istanbul: Memories and the City, was a National Book Critics Circle Award nominee in 2005. A native and lifelong resident of Istanbul, he has now been writing novels for more than 30 years.