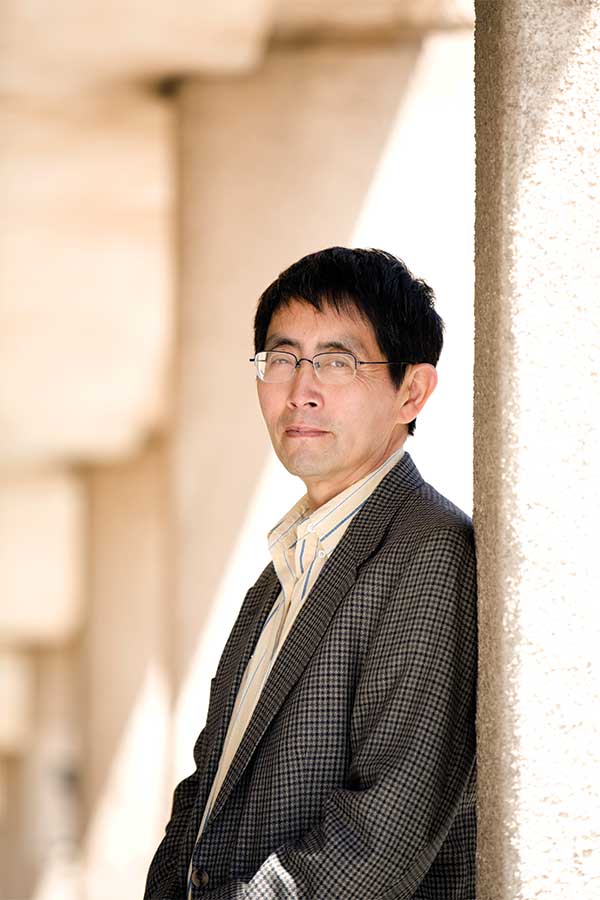 Bei Dao is the most distinguished poet of his generation and considered by many to be one of the major writers of modern China. Born Zhao Zhenkai on August 2, 1949, in Beijing, his pseudonym, Bei Dao, literally means “Northern Island” and was suggested by a friend as a reference to the poet’s provenance from northern China as well as his typical solitude. Dao became one of the foremost poets of the Misty School, a group of Chinese poets who reacted against the restrictions of the Cultural Revolution.

In 1978 Bei Dao and colleague Mang Ke founded the underground literary magazine Jintian (Today), which the Chinese government banned from publication in 1980. Dao’s poem Huida (“The Answer”) was taken up as a defiant anthem of the pro-democracy movement and appeared on posters during the 1989 Tiananmen Square protests and massacre. During the 1989 movement, Bei Dao was in Berlin as a writer in residence and was not allowed to return to China. He spent the next eighteen years in exile, living in eight different countries.

In his foreword to At the Sky’s Edge, Michael Palmer writes: “Anointed as an icon on the Democracy Wall and as the voice of a generation by the events of Tiananmen Square in 1989, and thereby also fated to exile, Bei Dao has followed a path of resistance that abjures overt political rhetoric while simultaneously keeping faith with his passionate belief in social reform and freedom of the creative imagination.”

Bei Dao’s awards and honors include the Aragana Poetry Prize from the International Festival of Poetry in Casablanca, the PEN / Barbara Goldsmith Freedom to Write Award, and a Guggenheim Fellowship. He has been a candidate several times for the Nobel Prize in Literature and was elected an honorary member of the American Academy of Arts and Letters. At the request of Palestinian poet Mahmoud Darwish, he traveled to Palestine as part of a delegation for the International Parliament of Writers.