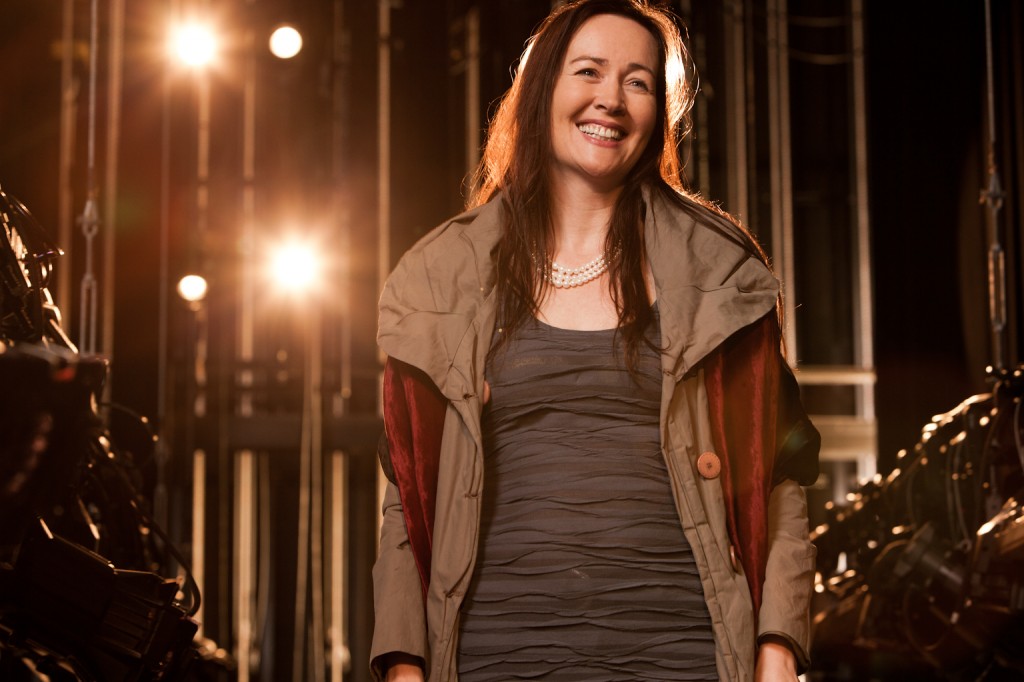 Marina Carr (b. 1964), one of the most talented of the new generation of Irish playwrights, is noted for her “blend of rural Irish domestic tragedy and classical re-writing, a mixture which marks her out as a writer concerned with both the minutiae of individual struggles and the poetry of grand-scale human tragedy” (Catherine Rees).

Carr grew up in County Offaly. Her father was a novelist and a playwright and her mother was a poet and a teacher. As a child, she read children’s versions of Greek myths, which influenced her later works. In 1987, Carr graduated from University College Dublin in where she recently received an honorary degree, a doctorate of literature.

The author of fifteen plays has received awards the Dublin Theatre Festival Best New Play Award, a Macauley Fellowship, a Hennessey Award, the Susan Smith Blackburn Prize, and an E. M. Forster Prize from the American Academy of Arts & Letters. She is an honorary professor at Trinity College Dublin and has just been awarded an honorary doctorate from her alma mater. Her latest plays include Phaedra Backwards, which premiered at the McCarter Theatre in October 2011, and 16 Possible Glimpses (based on the life of Anton Chekhov), which premiered at the Abbey Theatre’s Dublin Theatre Festival in September 2011.