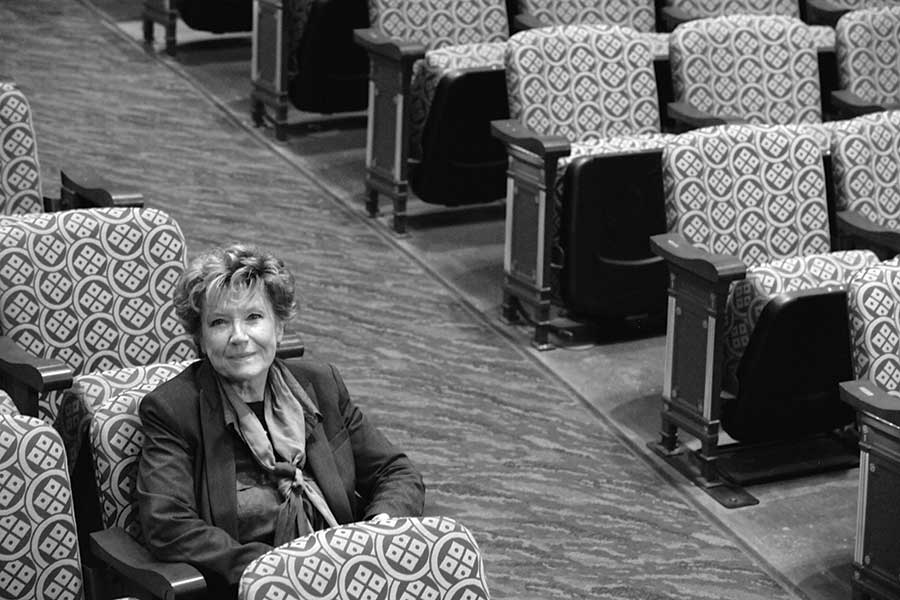 Dacia Maraini (b. 1936, Fiesole) is a well-known Italian writer whose work focuses on women’s issues. The author of numerous plays, poetry collections, and novels, she is the recipient of many awards, most recently the Premio Strega for Buio (1999), and in April 2011 she was named a finalist for the fourth Man Booker International Prize. Her plays continue to be translated and performed around the world, and Bagheria (1993), her memoir about growing up in Sicily, stayed on Italy’s best-seller lists for two years.

When Maraini was a small child, her family moved to Japan to escape the fascism of the war, but when the war was over, she and her family returned to Italy. Maraini published her first novel when she was 26 years old.

Maraini also co-founded the Teatro del Porcospino in the 1960s and established a feminist experimental theater, La Maddalena, in Rome in 1973. Several films have been made from her books, and she has written screenplays for such directors as Pier Paolo Pasolini, Marco Ferreri, Carlo Di Palma, and Margarethe Von Trotta. Maraini continues to be active in feminist causes and as a commentator on politics and society, especially in columns for newspapers and weeklies. Her articles have appeared regularly in such publications as Corriere della Sera, La Stampa, L’Unità, and Paese Sera.