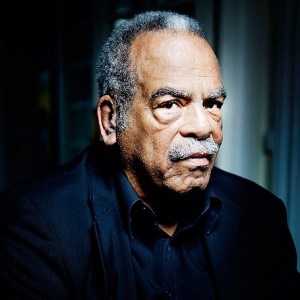 Edouard Glissant (b. 1928 Sainte-Marie) devoted all his life and creative activity to the quest for the Antillean identity (see WLT, Vol. 63.4). During his life, his attachment to the land led him to describe its landscape in his writings and his poetry, which always related to the people. Some of his most popular poetry include “Tere à terre,” “Laves,” Un champ d’îles (1953), La terre inquiète (1954),and Les Indes: Poème du Vune et Vautre terre (1955).

In 1959, Glissant established the Front Antillo-Guyanais pour l’Autonomie party with Paul Niger, a separatist party.  Charles de Gaulle barred him from leaving France between 1961 and 1965 as a result, but in 1965, Glissant returned to Martinique. There he founded the Institut martiniquais d’études and Acoma, a social sciences publication.

Glissant was also a Distinguished Professor of French at the CUNY Graduate Center. Some of his most recent works include his novel Ormerod (2003) and his essay La terre magnétique: les errances de Rapa Nui, l’île de Pâques (2007). Glissant died in Paris at the age of 82.