Literature, film, and photography to promote social justice and change

Last night’s panel discussion over human trafficking was gripping and informative and the screening of Girl Rising was no less incredible. Today, Phil Borges, Yousef Khanfar, Todd Stewart, and Andrew Strout addressed the theme “Why Photography Matters” in a panel moderated by Mark A. White, and Borges later took those in attendance on a gallery tour of his exhibit Stirring the Fire. He told intimate stories about his experiences, and about the brave women he photographed around the world.

These themes continued into the afternoon where the film Girl Rising was screened for a second time and followed by a brief word from 2013 Puterbaugh Fellow Maaza Mengiste as she shared about the meek but brave spirit of Azmera—this is the young Ethiopian girl in the film who resisted a forced early marriage. After Mengiste spoke, four OU professors – Ralph Beliveau, Eric Bosse, Kristin Dowell, and Kimberly Roppolo – discussed using art to promote social and political change in a panel moderated by Jill Irvine. Check out the photo galleries from Thursday’s events below.

“Why Photography Matters” and Gallery Talk with Phil Borges 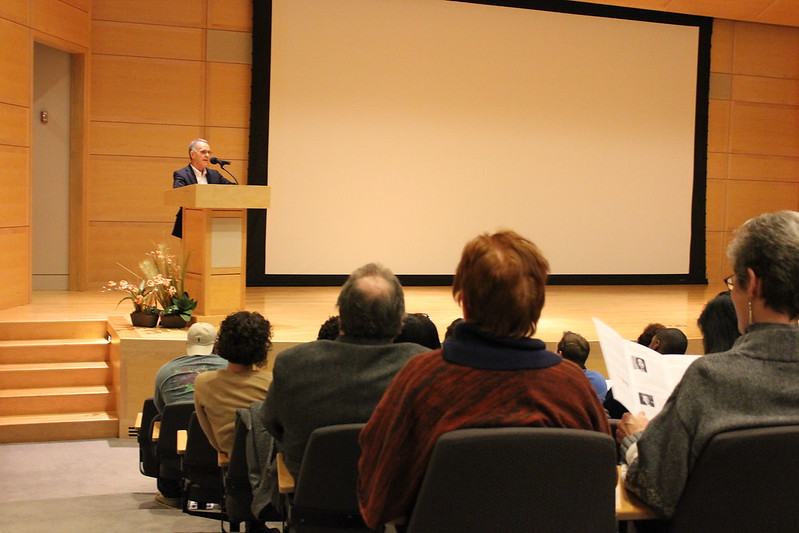